Are you a healthcare professional considering the possibilities of using yoga and meditation as a blockbuster drug for your health or at your workplace? If so, this certification course is for you!
This one-of-a-kind certification gives you a scientific method for delivering tested therapeutic yoga experiences for those with chronic physical and mental health conditions.  It places you on the cutting edge of integrative care and therapeutic yoga applications.


You will:
This program includes the best practices from the largest, most-established therapeutic yoga program of its kind that is operating successfully in a range of hospital and healthcare settings.


Panic attacks and anxiety is how I coped with life's day to day challenges. Happily, I can say I do not have panic attacks anymore! Insomnia has also been very problematic. Typically I use to sleep 3 or 4 hours at night if I was lucky. I [now] average 6-8 hours of sleep each night.    - Nancy Mellor

This 100-hour training is delivered over the course of five fun, educational and positive energy filled modules. This is followed by a 10-hour practicum. Modules are offered on weekends, once per month. 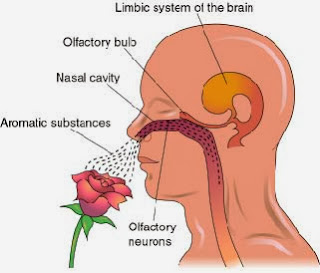 In this workshop you will learn how to use essential oils for ailments and you will make a sugar scrub and learn how to make other products - just in time for the holidays!  Cost will be $25.00

For more information contact Maureen Spencer, RN at findinginnerpeace@aol.com
781 864-2130
Posted by Maureen at 12:59 PM No comments:


In a typical yoga class, students watch an instructor to learn how to properly hold a position. But for people who are blind or can't see well, it can be frustrating to participate in these types of exercises.

Now, a team of University of Washington computer scientists has created a software program that watches a user's movements and gives spoken feedback on what to change to accurately complete a yoga pose.
"Eyes-Free Yoga", uses Microsoft Kinect software to track body movements and offer auditory feedback in real time for six yoga poses, including Warrior I and II, Tree and Chair poses.

Posted by Maureen at 6:33 AM No comments: 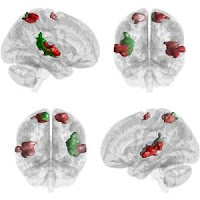 Aug. 7, 2013 — Listening to music activates large networks in the brain, but different kinds of music are processed differently. A team of researchers from Finland, Denmark and the UK has developed a new method for studying music processing in the brain during a realistic listening situation. Using a combination of brain imaging and computer modeling, they found areas in the auditory, motor, and limbic regions to be activated during free listening to music. They were furthermore able to pinpoint differences in the processing between vocal and instrumental music.
The new method helps us to understand better the complex brain dynamics of brain networks and the processing of lyrics in music. The study was published in the journal NeuroImage.
Using functional magnetic resonance imaging (fMRI), the research team, led by Dr. Vinoo Alluri from the University of Jyväskylä, Finland, recorded the brain responses of individuals while they were listening to music from different genres, including pieces by Antonio Vivaldi, Miles Davis, Booker T. & the M.G.'s, The Shadows, Astor Piazzolla, and The Beatles. Following this, they analyzed the musical content of the pieces using sophisticated computer algorithms to extract musical features related to timbre, rhythm and tonality. Using a novel cross-validation method, they subsequently located activated brain areas that were common across the different musical stimuli.
The study revealed that activations in several areas in the brain belonging to the auditory, limbic, and motor regions were activated by all musical pieces. Notable, areas in the medial orbitofrontal region and the anterior cingulate cortex, which are relevant for self-referential appraisal and aesthetic judgments, were found to be activated during the listening. A further interesting finding was that vocal and instrumental music were processed differently. In particular, the presence of lyrics was found to shift the processing of musical features towards the right auditory cortex, which suggests a left-hemispheric dominance in the processing of the lyrics. This result is in line with previous research, but now for the first time observed during continuous listening to music.
"The new method provides a powerful means to predict brain responses to music, speech, and soundscapes across a variety of contexts," says Dr. Vinoo Alluri.
Journal Reference:

Are you a Reiki Master/Teacher and would like to receive a manual kit with Reiki Level I, II and III training materials, a DVD of the hand positions and an instructional CD with forms, Three (3) PowerPoint presentations on the History of Reiki, Chakra System and Symbols?  This a great adjunct to teaching Reiki to others. I have trained thousands in Reiki Energy Healing - including many nurses and physicians in Boston hospitals.  Order your kit at  www.reikitrainingkit.com 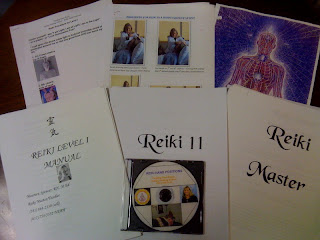 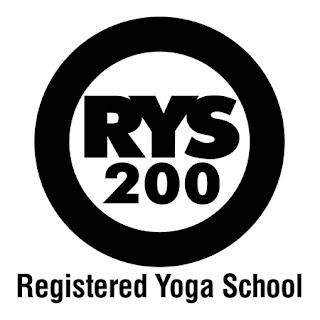 So - maybe these researchers should also suggest to the general public that they should reduce their consumption of sugar (glucose) if cancer consumes more of it? Maybe less Coolatas, speciality coffees with 700 calories, soft drinks, energy drinks, alcohol?http://www.sciencedaily.com/releases/2013/07/130707162759.htm#.Udq4f6tF57I.facebook 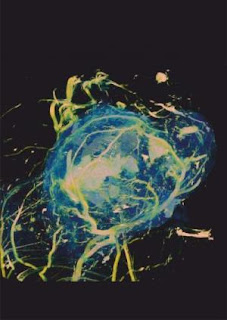 Posted by Maureen at 9:44 AM No comments:

Yoga practice during pregnancy may enhance the pregnancy experience and contribute to a shorter, more physiologic labor and a decreased likelihood of operative intervention, including cesarean section and operative vaginal delivery (forceps and vacuum). Because of the physiologic changes during pregnancy and the alteration of the normal anatomy, care must be exercised when teaching yoga to pregnant patients. In this course we will review basic physiologic and anatomical changes in pregnancy that mandate an alternative approach to the usual yoga practice. Participants will learn which postures to avoid in each of the three trimesters and will become aware of the usual postures which need to be modified because of the changes that occur as pregnancy progresses. Postures that enhance the opportunity of normal vaginal delivery will be emphasized and a routine yoga practice for pregnant patients will be emphasized. Teachers of yoga will become more comfortable with instructing pregnant patients to enjoy yoga during this wonderful time of their lives.

Another good reason to learn yoga or do it, including the great breathing and meditation practices that go with it!  And you can learn how to teach yoga to children in our Childrens Yoga Teacher Certification (and reduce your own stress as well). Check out our next yoga teacher certification courses at www.certificationinyoga.com
Posted by Maureen at 6:50 AM No comments:

Maureen
Maureen Spencer, M.Ed., R.N. is the Founder and Executive Director of Finding Inner Peace Yoga School and Integrative Medicine Program. She is dedicated to providing professional, quality education and services in complementary therapies. She is recognized as an Advanced Registered Yoga Teacher with the National Yoga Alliance and is the Program Director of Yoga Teacher Certification at Finding Inner Peace. Maureen has completed yoga studies with the American Yoga College, International Yoga Studies, Integrative Yoga Therapy and Meridian Hatha Yoga Therapy. As a Nurse Healer - she is trainied in Therapeutic Touch, Quantum Touch, Ear Candling, Magnified Healing and Reiki Master/Teacher. She lectures locally and nationally on the Science of Yoga and Energy Medicine and taught nurses, physicians and therapists Reiki Energy Healing at the New England Baptist Hospital, Boston, MA. In Maureen's professional life, she is the full-time Manager of the Infection Control Program at the New England Baptist Hospital in Boston.